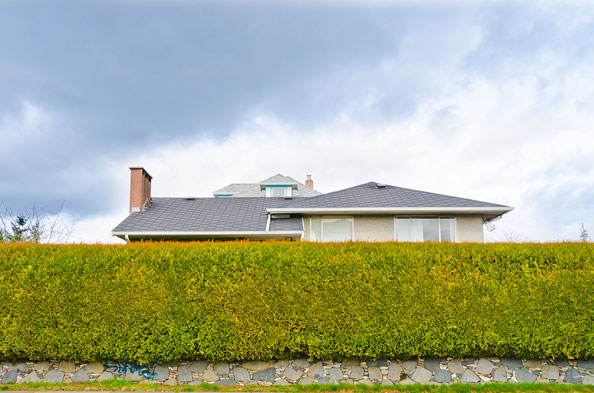 Business problem: delivering a business strategy often needs a property response. The more far-reaching the business strategy, the more likely this will be. This is because the effective use of and need for a real estate operating platform is a fundamental building block of any organisation; even with the internet! It is and remains one of what used to be called the Factors of Production: Land, Labour & Capital. Now these would be called Property, People, Finance and (a new one) IT. Most organisations, including charities, will not give early consideration to the disposition of their operational property – the space they occupy – when making strategic decisions. It is a fact that the legal basis on which premises are held is largely hidden from view and its spokesman will not be a senior member of the business. This does not mean property is unimportant any more than those other modern factors of production. It is however the case that the movement of money, the travails of HR and computer problems are continuously in the minds of Directors through the constant clamour for decisions on these either large or small. However once a lease is signed it needs no attention for years at a time so no army is needed to keep it working continuously that would draw it to everyone’s attention. Property is hidden in plain site This means there is a significant risk to an organisation of making decisions that are unworkable and therefore undeliverable

Property solution: REC has always sought to raise the profile of property in the organisations for which it works. It’s essential that the property decision maker is a board member. Taking advantage of the Chief Executive’s open door is essential. Corridor, lift and photo-copier conversations should not be underestimated. A manager of property will often have unique access across an organisation meeting and, critically, bringing people together in a way that does not happen in the natural course of events. REC takes full advantage of that access. The end result is the need and the justification for doing this, because having the right property platform is business success critical. As the Chief Executive of Macmillan said following the space re-organisation which was delivered in part only through what might almost be regarded as a lobbying process: ‘It now feels like one Macmillan’ 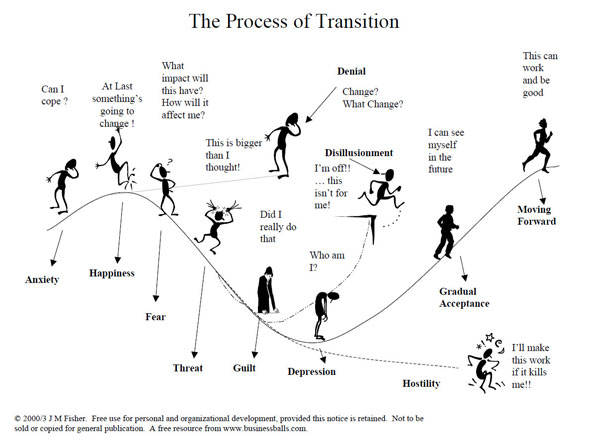 Business problem: British Red Cross decided both to reduce the number of services it delivered from as many as 18 to about half a dozen key services that it would deliver everywhere and to change the organisational structure behind the delivery of these functions from a county level to larger administrative units requiring trio’s of adjoining counties to become combined

Property solution: as part of a team Stuart was assigned to the Northern Region. Developing the solution involved collecting data about all properties in use by BRCS, analysing and categorising and developing a model of the ideal spoke & hub functions, comparing the existing platform with the ideal and developing a property plan for implementation This plan identified, for each new administrative blocks, which of the existing premises were suitable for the new delivery function, which were unsuitable (and therefore surplus to requirements) and where new property had to be acquired. At the same time quick disposal wins were identified and early sales arranged

Business problem: Community fundraising for Macmillan Cancer Support had been administered locally across 39 locations in the UK. Despite an apparently uniform approach, this fragmentation resulted in actual and widespread variations to administration custom & practice. Centralisation of the administration function into a single office under a single manager would result in increased operational efficiencies and economies of scale advantages, with the associated savings on personnel and property costs

Property solution: REC was involved throughout the rationalization process from early consultation with stakeholders, supplying property information to assist in the development of individual tactics to ensure that the phased closure was synchronised with HR, PR & operational considerations to take advantage of expiries, breaks and other lease ending opportunities to ensure a smooth outcome. After agreeing the requirement and using a hypothetical layout to determine the amount of space required, we successfully sourced, negotiated and acquired the new 5,500 sq ft single fundraising administration office in West Yorkshire. From project inception over a period of 2 years, we have continued to manage the exits to ensure delivery of vacant possession to landlords, planning to reduce space by [ ] sq ft and rent roll by over £300k pa net 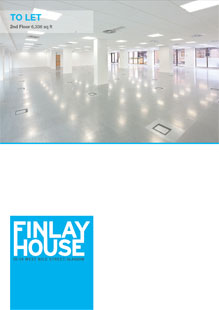 Business problem: The need to consolidate activity triggered by organisational change such as the need to achieve efficiencies due to funding changes or following a takeover commonly requires the establishment of a new office. This could be the better use of existing space or moving into completely new space.

Property solution: REC has secured premises for Macmillan Cancer Support, Save the Children Fund and Viridian Housing in London, Manchester, Glasgow, West Yorkshire and Cardiff. This has required involvement in the entire process from the ‘why’ of inception to the ‘when’ of time-planning to the ‘how’ developing the hypothetical layout, agreeing the property model, undertaking the search, viewings, negotiation, agreeing heads of terms, managing the transaction with fit-out procurement & co-ordination and managing the exit of existing premises In London, better use of existing space for Macmillan Cancer Support resulted in an increase in work stations by one third with departments fragmented over time, being brought back together. For Viridian, it was a need to consolidate. For Save the Children a regional function became a national function requiring a more appropriate operating location 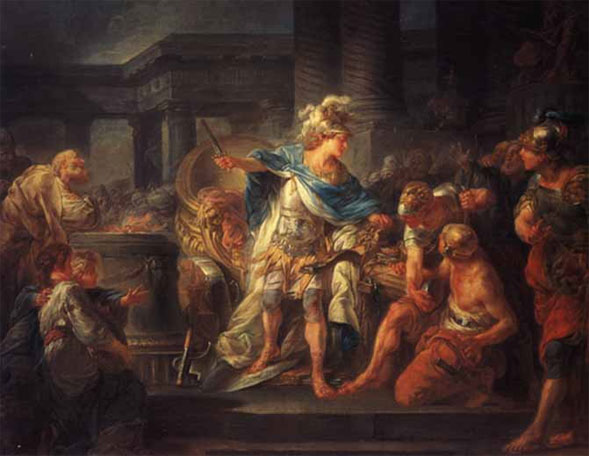 Business problem: it will be a critical part of an occupier’s strategy that having exited a property due to a lease break, the liabilities under the lease actually cease as at the break date. It is not automatic that having served a break notice a lease will then break. This is because in legal terms breaking a lease is fundamentally different from a lease that is expiring and it is perfectly possible for the break to be invalidated and the lease then continuing as if the break notice had not been served.

Property solution: ensuring that lease breaks happen is the stuff of night-mares for a tenant. There are no certainties but REC has developed an approach to minimise the risks. This follows learning lessons from a number of high-profile cases where lease-breaks have failed and which have indicated that the balance of power has in recent times, tilted towards the Landlord. Also ensuring legal advice is taken and followed in respect of the particular break in question because there is no such thing as a standard break clause. We have used this approach recently successfully to exit leases in Chelmsford and Hammersmith for Macmillan Cancer Support

Business problem: with inherited long leases and upwards only rent reviews, the opportunity to reduce what is often the highest cost head for a charity retailer – the rent – only arises normally every 10 or so years, on renewal of the lease

Property solution: immediately post the credit crunch in September 2008, the fragile state of the economy presented an opportunity for tenants to use break clauses in a way not available for a generation. A reality of actual falling rents combined with expectancy that tenants would seek to drive hard bargains created a tenant’s market. For one client, by exercising breaks, we reduced annual rents by £99k in 11 shops. A reminder of the limitations of this as a tactic came when we started to face increasing rents in selected locations. This underlined that this measure was one to use selectively and carefully and, in the context of a shop, where exit would be desirable if rent could not be reduced. 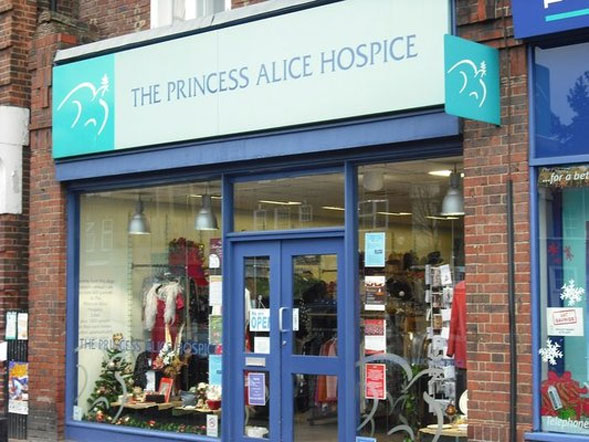 Business problem: All charities need to raise money to enable them to carry out their charitable activities. Each charity has its own range of solutions to fundraising and for many this has included running charity shops. According to the annual Charity Shops Survey 2012 the 74 charities included operate over 6,200 charity shops earning £716m in income over the year. For each of these charities they immediately become involved in a completely new range of problems, although these are very familiar to anyone in the retailing business: dealing with customers and the management of staff, stock and premises.

Property solution: REC has been involved with the management of charity shops continuously since its inception. Stuart has been involved with commercial property management for the occupier throughout his career. Our approach has always been to work closely with retail managers as part of a two-way process to assist in pro-active management through giving early warning of lease threats and opportunities, to receiving information on performance to assist in taking decisions or laying plans to take appropriate action in response A holistic approach is essential: it’s not a mass of independent tasks. Effective portfolio management requires an over-arching vision to ensure that the appropriate solution is adopted in each case and where a sequence of solutions is required, this is properly managed.

British Red Cross decided both to reduce the number of services it delivered from as many as 18 to about half a dozen key services. Read more...

All charities need to raise money to enable them to carry out their charitable activities. Read more...